Quit Social Media. Your Career May Depend on It.

IMDiversity 5 years ago Comments Off on Quit Social Media. Your Career May Depend on It. 1 K 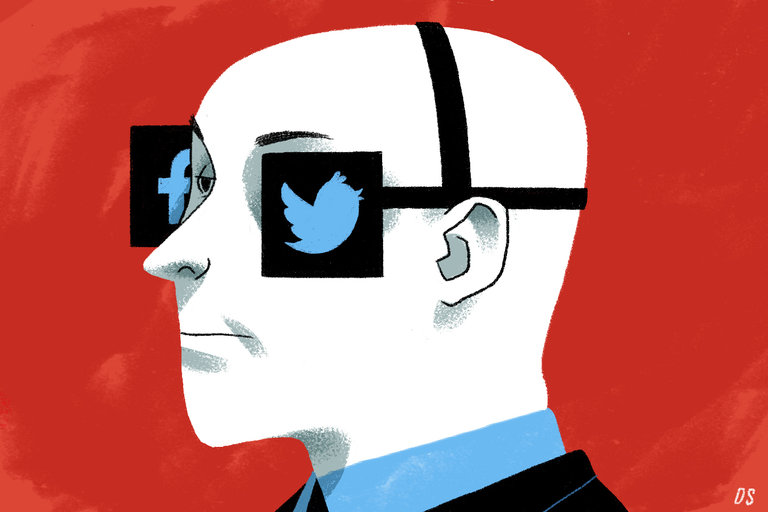 I’m a millennial computer scientist who also writes books and runs a blog. Demographically speaking I should be a heavy social media user, but that is not the case. I’ve never had a social media account.

At the moment, this makes me an outlier, but I think many more people should follow my lead and quit these services. There are many issues with social media, from its corrosion of civic life to its cultural shallowness, but the argument I want to make here is more pragmatic:

You should quit social media because it can hurt your career.

This claim, of course, runs counter to our current understanding of social media’s role in the professional sphere. We’ve been told that it’s important to tend to your so-called social media brand, as this provides you access to opportunities you might otherwise miss and supports the diverse contact network you need to get ahead. Many people in my generation fear that without a social media presence, they would be invisible to the job market.

In a recent New York magazine essay, Andrew Sullivan recalled when he started to feel obligated to update his blog every half-hour or so. It seemed as if everyone with a Facebook account and a smartphone now felt pressured to run their own high-stress, one-person media operation, and “the once-unimaginable pace of the professional blogger was now the default for everyone,” he wrote.

I think this behavior is misguided. In a capitalist economy, the market rewards things that are rare and valuable. Social media use is decidedly not rare or valuable. Any 16-year-old with a smartphone can invent a hashtag or repost a viral article. The idea that if you engage in enough of this low-value activity, it will somehow add up to something of high value in your career is the same dubious alchemy that forms the core of most snake oil and flimflam in business.

Professional success is hard, but it’s not complicated. The foundation to achievement and fulfillment, almost without exception, requires that you hone a useful craft and then apply it to things that people care about. This is a philosophy perhaps best summarized by the advice Steve Martin used to give aspiring entertainers: “Be so good they can’t ignore you.” If you do that, the rest will work itself out, regardless of the size of your Instagram following.

A common response to my social media skepticism is the idea that using these services “can’t hurt.” In addition to honing skills and producing things that are valuable, my critics note, why not also expose yourself to the opportunities and connections that social media can generate? I have two objections to this line of thinking.

First, interesting opportunities and useful connections are not as scarce as social media proponents claim. In my own professional life, for example, as I improved my standing as an academic and a writer, I began receiving more interesting opportunities than I could handle. I currently have filters on my website aimed at reducing, not increasing, the number of offers and introductions I receive.

My research on successful professionals underscores that this experience is common: As you become more valuable to the marketplace, good things will find you. To be clear, I’m not arguing that new opportunities and connections are unimportant. I’m instead arguing that you don’t need social media’s help to attract them.

My second objection concerns the idea that social media is harmless. Consider that the ability to concentrate without distraction on hard tasks is becoming increasingly valuable in an increasingly complicated economy. Social media weakens this skill because it’s engineered to be addictive. The more you use social media in the way it’s designed to be used — persistently throughout your waking hours — the more your brain learns to crave a quick hit of stimulus at the slightest hint of boredom.

Once this Pavlovian connection is solidified, it becomes hard to give difficult tasks the unbroken concentration they require, and your brain simply won’t tolerate such a long period without a fix. Indeed, part of my own rejection of social media comes from this fear that these services will diminish my ability to concentrate — the skill on which I make my living.

The idea of purposefully introducing into my life a service designed to fragment my attention is as scary to me as the idea of smoking would be to an endurance athlete, and it should be to you if you’re serious about creating things that matter.

Perhaps more important, however, than my specific objections to the idea that social media is a harmless lift to your career, is my general unease with the mind-set this belief fosters. A dedication to cultivating your social media brand is a fundamentally passive approach to professional advancement. It diverts your time and attention away from producing work that matters and toward convincing the world that you matter. The latter activity is seductive, especially for many members of my generation who were raised on this message, but it can be disastrously counterproductive.

Most social media is best described as a collection of somewhat trivial entertainment services that are currently having a good run. These networks are fun, but you’re deluding yourself if you think that Twitter messages, posts and likes are a productive use of your time.

If you’re serious about making an impact in the world, power down your smartphone, close your browser tabs, roll up your sleeves and get to work.

Cal Newport is an associate professor of computer science at Georgetown University and the author of “Deep Work: Rules for Focused Success in a Distracted World” (Grand Central).