IMDiversity 5 years ago Comments Off on Six Myths You Probably Believe About Success 1.1 K

How do you use 20 pieces of spaghetti, some tape, and a piece of string to build the biggest tower you can that will support a single marshmallow? Designer Peter Skillman has given this challenge to everyone from Stanford students to Taiwanese engineers, and one group is the clear winner: kindergarteners.

It turns out this Marshmallow Challenge is a good metaphor for life: The path to success isn’t all that straightforward (at least for adults). We often find ourselves getting stuck before we even get started, or watching as everything comes tumbling down. 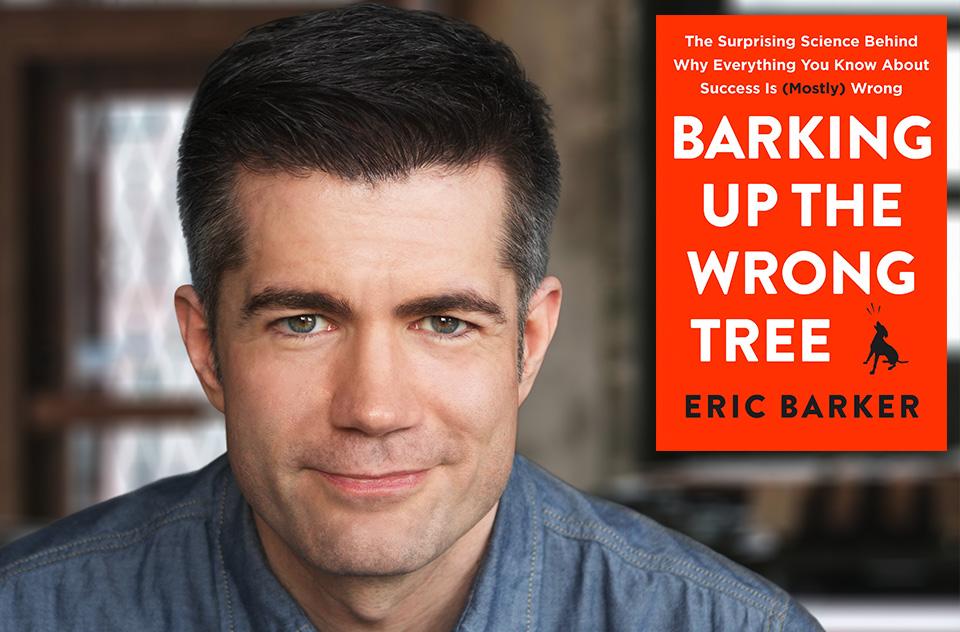 In his new book, Barking Up the Wrong Tree, science blogger Eric Barker pulls together a wide range of research that can help you achieve whatever kind of success you’re after—whether that means boosting your productivity, earning more money, or becoming an expert in your field. Along the way, he debunks six common myths that many of us believe about how to become successful at our goals and in our work.

1. Always get the credentials

In high school, most of us get the message that if we play by the rules, we’ll be able to get into a good college, find a good job, and climb our way up the corporate ladder to success. And, to a certain extent, that’s true: Valedictorians, who seem to follow this model, do end up in high-level jobs and are “reliable, consistent, and well-adjusted,” writes Barker.

Valedictorians take what researcher Gautam Mukunda calls the “filtered” path to success, where they jump through hoops that society has established as markers of achievement. But there’s an alternative: the “unfiltered” path.

Unfiltered leaders—people like Steve Jobs or Abraham Lincoln—skip the hoops altogether and make their own way in the world. “They do unexpected things, have different backgrounds, and are often unpredictable,” Barker writes. “Yet they bring change and make a difference.”

The valedictorians of the world, in other words, may not always become visionaries or world changers. This kind of success—the creation of products or ideas that “put a dent in the universe,” as Jobs would say—could be more the purview of revolutionaries than rule followers.

Is having a heart a liability in the competitive world of business?

Not according to Adam Grant’s research. The Wharton School professor found that people who tend to be Givers in the workplace—who offer more help than they receive from others—are more successful than “Matchers” and “Takers.”

In one study, the people with the highest income rated their trust for others as quite strong, an 8/10. People who trusted others less or more than that tended to make less money. In other words, nice guys eventually get ahead in the workplace—as long as they don’t overdo it and become suckers.

To illustrate what it means to be nice but not too nice, Barker turns to a practice called “generous tit for tat,” which happens to be the most effective strategy in the two-person Prisoner’s Dilemma game. (In this game, two players have the choice to cooperate or defect; mutual cooperation earns the highest rewards, but it’s safer to defect on a given round if you don’t trust your partner.) By cooperating with one’s partner, and then simply imitating their actions and occasionally responding to defection with forgiveness and more cooperation, players tend to get the best outcome over time.

When we interact with people repeatedly, Barker says, it pays (literally) to be known as a generous and giving person—who expects friendly treatment in return.

… and quitters never win, right? I remember learning in school that Thomas Edison tried 1,000 prototypes before he successfully invented the lightbulb, which seems to support the myth.

But quitting may be an essential part of success, says Barker. “Whenever you wish you had more time, more money, etc., strategic quitting is the answer. And if you’re very busy, this may be the only answer.”

In other words, we can’t do everything—and the way to figure out what we should be doing is to try a bunch of stuff and stop what isn’t working. For example, people who try lots of different jobs early in their careers typically go on to make more money and rise higher in the ranks. Quitting goals we’ll never reach simply makes us happier and less stressed. Oh, and the reason those kindergarteners were so successful at the Marshmallow Challenge is because they kept trying different things rather than persisting at a losing strategy.

To make sure we don’t give up prematurely, Barker recommends the WOOP process: Once you have a Wish (anything you want to achieve), figure out the positive Outcome you’d get from succeeding and the Obstacles that might stand in your way; then, Plan how to overcome them. In many cases, this process will boost your energy to work toward a worthwhile goal. If it leaves you feeling demotivated, Barker says, your goal probably isn’t feasible—which means it’s time to find another one.

4. Network your way to the top

If networking is crucial to success, extroverts should have a clear advantage. And they do, by some definition of success: Extroverts tend to make more money, have higher career satisfaction, and get more promotions, while introverts are more likely to earn graduate degrees and become experts in their field.

Luckily, most of us don’t really have to choose, because a full two-thirds of people are actually ambiverts, falling somewhere in the middle between introversion and extroversion. That means that we can use the strengths of both personalities, hunkering down in solitude to get that Master’s and then cultivating social connections in the workplace.

Studies have also shown that friends seem to go hand in hand with success: Having not just close friends but also wider acquaintances can help you find a job in the first place, for example. Once you’re at work, you’re more likely to get promoted if you’re open to developing friendships. Even sitting at larger lunch tables at work is linked to higher performance!

5. Always believe in yourself

All those articles, videos, and workshops on self-confidence exist for a reason: Many of us believe it would help our careers to have more chutzpah.

Although confidence does seem to be linked to higher income, productivity, and respect from others, it has its downsides, as well. Having more confidence sometimes means that we’re more likely to blame others than admit our own mistakes. On the other hand, Barker explains, humility can drive us toward self-improvement and eventually make us a more popular leader.

To get the best of both worlds, he recommends we cultivate self-compassion, the practice of responding to our shortcomings with kindness and the recognition that no one is perfect. Not only is self-compassion linked to greater well-being, self-compassionate people also procrastinate less, persevere more, and have less fear of failure. That’s what happens when you’re willing to see things as they are—your flaws included—but not respond with debilitating self-criticism.

“Harshly judging yourself as good or bad, as immediately successful or unsuccessful, is very black and white and narrow-minded. To achieve wisdom, you need a little more flexibility, acceptance, and the learning that comes with growth,” says Barker.

This last success myth is probably one of the most insidious: Even though we may not intend to work-til-we-drop, many of us find ourselves constantly plugged in, sleep deprived, and still feeling behind.

At the same time, we know that overwork is detrimental: Research suggests that we actually become less productive once we start working more than 55 hours per week. People who are overworked tend to exercise less, smoke more, and see their doctor more often. One group of researchers even theorized that burnout—that term we have for extreme stress and exhaustion—may actually just be depression.

To combat the constant urge to do more, Barker recommends that we identify the type of success that we’re after in the first place. While much of the research he cites focuses on boosting income and performance, he ends up proposing that we develop our own personal definition of success balancing these four measures:

Like many books of its genre, Barking Up the Wrong Tree is a pleasant read, interspersed with stories and a good dash of humor. All the research and tips can feel a bit unfocused at times, as you move from the benefits of optimism and storytelling to how to gamify your life, all in a chapter on strategic quitting. But its 250 pages of myth-busting may encourage you to develop a spirit of thoughtful questioning about how to achieve success, which is ultimately the point.

This article was originally published by Greater Good and edited for YES! Magazine.