Women and minorities are more likely to benefit from entrepreneurship training programs when compared to Caucasian men, according to recent research conducted by Ivey Business School Professor Laurina Zhang. 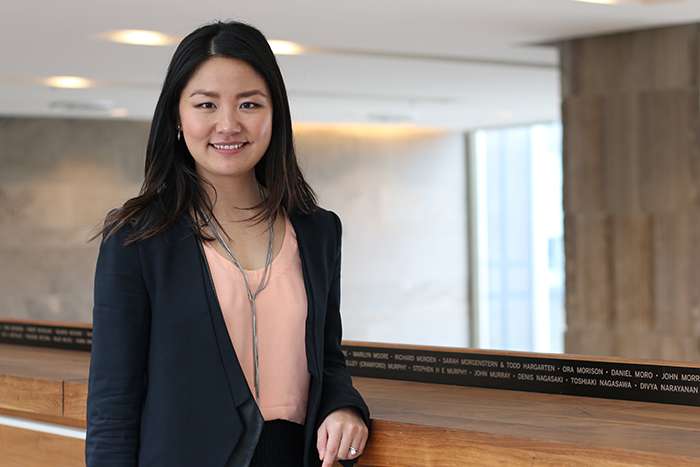 Women and minorities are more likely to benefit from entrepreneurship training programs when compared to Caucasian men, according to recent research conducted by an Ivey Business School professor.

“The study was motivated by the idea that over the past decade, there have been a lot of public and private resources that have been directed towards entrepreneurship training and incubation programs. Despite this trend, there’s actually very little consensus on whether entrepreneurs are born – if (the skill) is genetic – or whether entrepreneurial abilities can actually be taught,” said Ivey professor Laurina Zhang, who conducted a study with Elizabeth Lyons, a professor at University of California, San Diego, looking to determine the effect of entrepreneurship programs.

“We have very little understanding of how the effects of these programs differ across different types of people, which poses problems for both policy decisions, and (entrepreneurship) program strategy, overall,” she added.

The study, Creating Entrepreneurs: The Impact of Entrepreneurship Programs on Minorities, which indicates women and minorities are more likely to see benefits from entrepreneurship training, is set for publication in the May 2017 issue of American Economic Review: Papers & Proceedings.

As part of their research, Zhang and Lyons worked with 335 undergraduate students who participated in The Next 36, a large entrepreneurship training program based out of Toronto, between 2011-15. By comparing program participants’ subsequent entrepreneurial activities with those of individuals who applied and got to the final stages of the application process, but were not accepted into The Next 36, Zhang and Lyons looked to see whether certain minority groups – females and non-Caucasians – were differentially affected by entrepreneurship training.

“Essentially, we found that people who go through the program are much more likely to work in the start-up sector, but the effect is differentially benefiting females and minorities – non-Caucasians,” Zhang said.

“We looked at this both in the short-term outcomes and a longer-term outcome, and essentially, we found three results. First, participation in the program is correlated with an increase in the likelihood of subsequent start-up activity in the short term for non-minorities (males or white participants) and the effect is less pronounced for minorities,” she explained.

“But then, the impact of the program is much more pronounced for the minorities’ likelihood of ongoing and longer-term start-up activity, compared to non-minority participants.”

This could have something to do with access to resources like mentorship and capital that minority groups and women might have more difficulty securing, Zhang added.

The study results have three implications, Zhang said. The first is in policy decisions. In order to evaluate the efficacy of entrepreneurship programs, it is important to look at heterogeneity and the differential effects of these types of programs on different subgroups.

“A lot of prior studies have focused on the average effect of these programs, but our results show these programs have very different outcomes for different subgroups, which is important for resource allocation, at the policy level and evaluating the efficacy of the programs,” she noted.

The second implication of the study findings is for program strategy.

“Given the increasingly competitive landscape for these entrepreneurship programs, we see these types of programs pop up all over the place, and it’s important to think about what is the ultimate outcome, or desired goal, of these programs,” Zhang said.

“From our results, it seems to suggest clearly these programs are more beneficial for one group and less beneficial for the other, so it’s important to think about what component of the program is actually facilitating these outcomes.”

Finally, on the individual level, study findings might be something to consider if you are weighing applying to, and participating in, entrepreneurship training opportunities. Is participation worth it, if participants are differentially affected?

“As an applicant deciding to apply for these programs, given the sometimes high opportunity costs – applicants might have to relocate, they can’t do other employment or engage in other coursework when they are in these programs – it’s important for them to think about the decision. These results suggest it may differentially impact career outcomes for different groups,” Zhang noted.

She is still exploring the heterogeneous effects of entrepreneurship programs on different groups of high and low capabilities for a related, follow-up study.

Provided by: University of Western Ontario