A new study suggests that white Americans who hold liberal socio-political views use language that makes them appear less competent in an effort to get along with racial minorities.

Racial bias can put people of color at a disadvantage when interviewing for a job, buying a house, or interacting with the police. New research suggests that bias may also shape daily interactions between racial minorities and white people, even those whites who tend to be less biased.

According to new research by Cydney Dupree, assistant professor of organizational behavior at Yale SOM, white liberals tend to downplay their own verbal competence in exchanges with racial minorities, compared to how other white Americans act in such exchanges. The study is scheduled for publication in the Journal of Personality and Social Psychology.

While many previous studies have examined how people who hold racial bias behave in multi-racial settings, few have studied how whites who are more well-intentioned interact with people of other races. 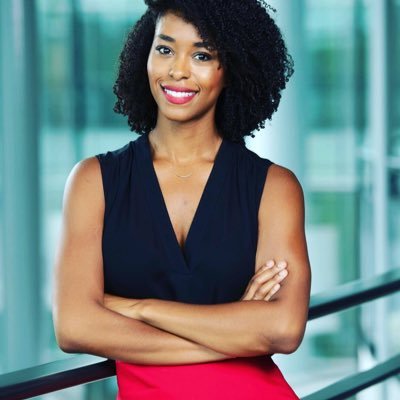 “There’s less work that explores how well-intentioned whites try to get along with racial minorities,” Dupree says. “We wanted to know their strategies for increasing connections between members of different social groups—and how effective these strategies are.”

Dupree and her co-author, Susan Fiske of Princeton University, began by analyzing the words used in campaign speeches delivered by Democratic and Republican presidential candidates to different audiences over the years. They scanned 74 speeches delivered by white candidates over a 25-year period. Approximately half were addressed to mostly-minority audiences—at a Hispanic small business roundtable discussion or a black church, for example. They then paired each speech delivered to a mostly-minority audience with a comparable speech delivered at a mostly-white audience—at a mostly-white church or university, for example. The researchers analyzed the text of these speeches for two measures: words related to competence (that is, words about ability or status, such as “assertive” or “competitive”) and words related to warmth (that is, words about friendliness, such as “supportive” and “compassionate”).

Warmth, related to intentions towards others, and competence, related to the ability to carry out those intentions, are two fundamental dimensions of how we see others and portray ourselves in social interactions. Stereotypical portrayals of black Americans generally show them as being less competent than their white counterparts, but not necessarily less friendly or warm, Dupree explains.

With this preliminary evidence in hand, the researchers set out to further test their ideas.

Read the study: “Self-Presentation in Interracial Settings: The Competence Downshift by White Liberals”

They designed a series of experiments in which white participants were asked to respond to a hypothetical or presumed-real interaction partner. For half of these participants, their partner was given a stereotypically white name (such as “Emily”); for the other half, their partner was given a stereotypically black name (such as “Lakisha”). Participants were asked to select from a list of words for an email to their partner. For some studies, this email was for a work-related task; for others, this email was simply to introduce themselves. Each word had been previously scored on how warm or competent it appears. The word “sad,” for example, scored low for both warmth and competence. “Melancholy,” on the other hand, scored high for competence and low on warmth.

Participant also completed a variety of measures that assessed how liberal they were.

“Even if it’s ultimately well-intentioned, it could be seen as patronizing.”

The researchers found that liberal individuals were less likely to use words that would make them appear highly competent when the person they were addressing was presumed to be black rather than white. No significant differences were seen in the word selection of conservatives based on the presumed race of their partner. “It was kind of an unpleasant surprise to see this subtle but persistent effect,” Dupree says. “Even if it’s ultimately well-intentioned, it could be seen as patronizing.”

Dupree and Fiske suspect that the behavior stems from a liberal person’s desire to connect with other races. One possible reason for the “competence downshift,” as the authors describe it, is that, regardless of race, people tend to downplay their competence when they want to appear likeable and friendly. But it’s also possible that “this is happening because people are using common stereotypes in an effort to get along,” Dupree says.

Initial data from follow-up studies suggest that describing a black person as highly intelligent, thus reversing the stereotype, or as already highly motivated to get along with whites, thus removing the need to prove goodwill, can reduce the likelihood that a white person will downplay their competence in their interactions with the black person.

“My hope is that this work will help include well-intentioned people who see themselves as allies but who may be unwittingly contributing to group divides.”

Now, Dupree is working to understand how these behaviors play out in real-world organizations: for example, whether medical professionals engage in this behavior when interacting with minority patients and how corporate executives present themselves to minority peers. She is also testing the efficacy of this possibly strategic behavior: for example, do black receivers of white liberals’ competence downshift see this behavior as demeaning or endearing?

“There’s a lot of research focused on biased individuals and how holding bias, especially implicit bias, can influence social interactions,” Dupree says. “But that leaves a lot of people out. My hope is that this work will help include well-intentioned people who see themselves as allies but who may be unwittingly contributing to group divides. There is a broader need to include them in the conversation.”