Why does America still have so few female doctors?

IMDiversity 5 years ago Comments Off on Why does America still have so few female doctors? 1.3 K

As a culture and a profession, medicine continues to systematically disadvantage women physicians at every stage of their careers

When my friend was in her fourth year of medical school, she and her boyfriend sat down with their dean to discuss their residency applications. They were entering a “couples’ match” where partners rank programs together in order to end up in the same city.

The match is a nerve-racking and opaque process. Both have since gone on to have successful academic medicine careers, but on that day in the dean’s office, they were nervous. My friend asked the dean for reassurance.

“I’m sure it will all work out,” she recalled the dean saying. “After all, in 20 years your boyfriend will be running his department and someone has to take care of your kids.” 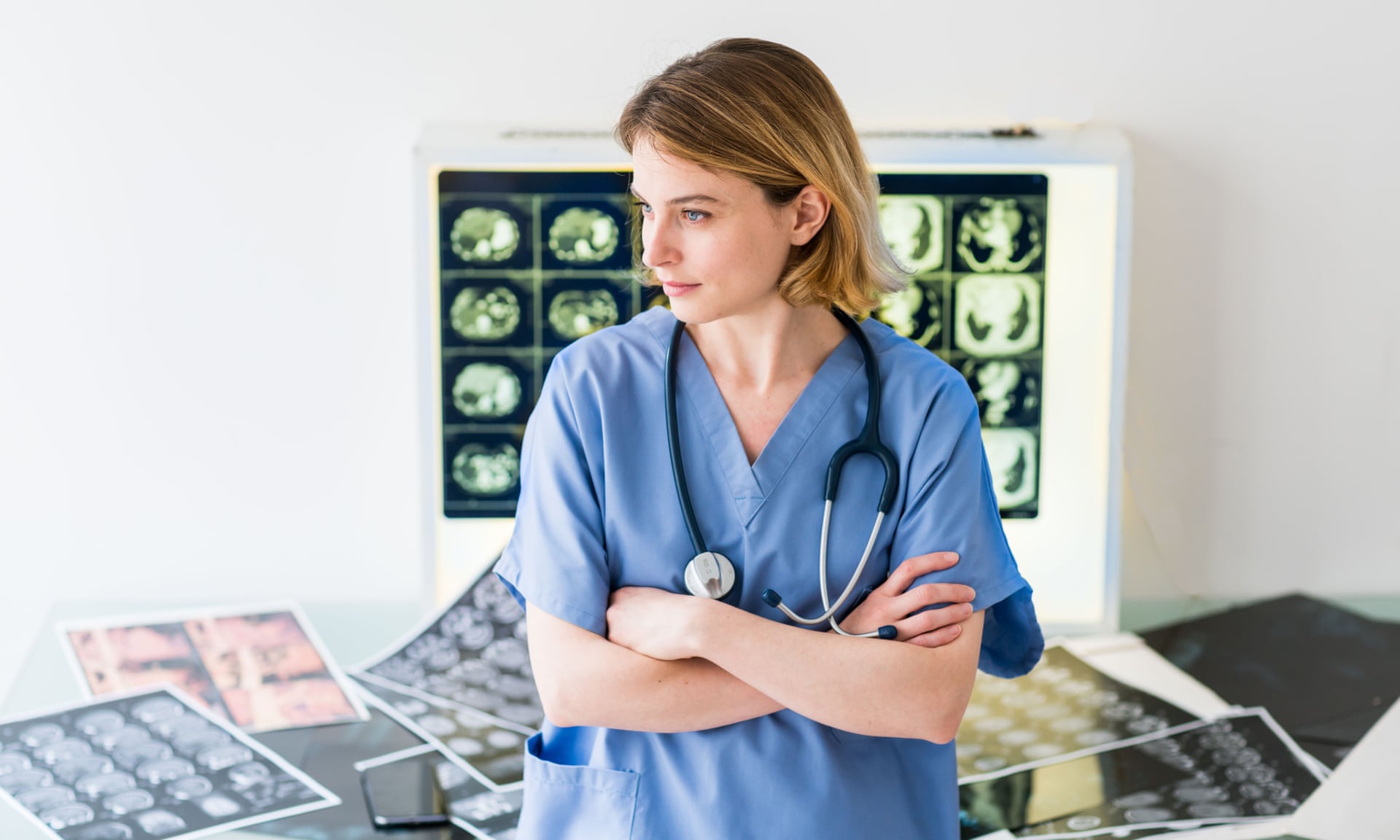 Medicine has long been a career path in the US for women in science, with women entering the field in nearly equal numbers to men for 20 years. But along the way, many women fail to advance and to earn the same recognition and salaries as their male counterparts.

These differences are often framed as “individual failures”, in spite of the robust evidence of gender discrimination. Women are told to advocate for themselves, to be better negotiators, and, in private, not have children if they are going to succeed.

The medical profession must confront this sexism if we are to address why women have double the rates of burnout as male colleagues, and among the highest levels of suicide in the country, at 2.5 to 4 times the rate of the general population.

As a culture and a profession, medicine continues to systematically disadvantage women physicians at every stage of their careers, causing many to leave. As a result, we are losing some of our most talented doctors.

When I decided as a young girl to become the first in my family to go to medical school, the road ahead was daunting, but no more intimidating because of my gender. Since 1992, women have made up at least 40% of medical school students, peaking this year at more than 50%. Back then, many ascribed to a theory of “critical mass” where women would transform a culture created by and for male physicians through numbers alone.

But the top leadership positions in medicine remain predominantly male. Only 15% of department chairs are women, and 16% of medical school deans are female. For the past 10 years, according to an Association of American Medical Colleges report, women in academic medicine have received only 30% of new tenured positions.

If female doctors were on even playing field with their male colleagues, we should have reached parity long ago. As Dr Julie Silver, associate professor at Harvard Medical School, told me: “Medicine should be leading the way” in gender equity. Instead, women are at a disadvantage beginning in medical school.

The most important part of our education involves interacting with patients and winning their trust. If patients do not wish to talk to us because they mistrust women or minorities, this has serious consequences for our education.

As Dr Huma Farid, a South Asian obstetrician at Beth Israel Deaconess Hospital, explained: “When people look at a white woman, they think she’s a nurse. When they look at me, they think I’m there to collect their tray.” We are rarely given any forum to discuss that doubt or even open bias and discrimination.

Our medical educators are also affected by gender bias. Male medical students are more likely to be labeled as “quick learners” than women, and that gap actually grows through medical training

Dr Vineet Arora, associate professor at the University of Chicago, says that “because we don’t talk about gender bias openly, students may not believe that it exists.” They will therefore interpret their individual failures and successes as due to their hard work and merit alone, ignorant of the ways some students are at an inherent disadvantage because of who they are.

Evaluations in residency also favor men. One study found that at the beginning of the residency, women residents were rated as slightly better on average than their male peers, but by the end of training were on average 3 to 4 months behind their male counterparts.

Differences in residency evaluations have real consequences for physicians’ careers. They affect their selection in competitive fellowships, research awards, and even the licensing process. Nonetheless, I am aware of no systematic effort at any institution to address bias in these evaluations and help evaluators give trainees a fair shake.

Gender also plays into our ability to work with other professionals in the hospital. Dr Andrea Christopher, a physician at the Veterans Affairs Medical Center in Boise, Idaho, noted that in residency nurses were more likely to help her male colleagues, but did not know how to address the discrepancy.

“I would put in orders, and the male residents would put in orders, and theirs would be done and mine would not,” she said. “And a senior nurse came over to me and said: ‘You just have to do your own EKG, set up your own IV, and collect urine, and eventually they’ll notice.’ I was afraid to discuss this with my superiors because I thought if I complained, it would reflect poorly on me.”

Of course, nurses are dealing with their own issues of gender discrimination. Nurses report rates of sexual harassment of around 70%, comparable with rates reported by female physicians. Male nurses are also paid more than female nurses for comparable work, and are more likely to be promoted.

After residency, institutions continue to overlook women physicians’ accomplishments. From the portraits hanging on an institution’s walls to the names of medical societies to the number of women giving lectures, women are consistently under-represented.

Pay is the clearest indication of whom institutions value. One study of academic medical centers found women physicians earn $51,315 less, on average, than their male colleagues. With adjustments for factors such as faculty rank, years in practice and graduation from a top medical school, women still earned $19,878 less. This salary gap appears to be widening.

Many have asked women to become better negotiators to overcome this disparity in pay, but this discrimination is an institutional choice, and institutions have to be responsible for solving it.

Dr Jen Gunter, a San Francisco based obstetrician gynecologist, left academic medicine in part because of persistent gender discrimination that she faced in her career. After years working at a Midwestern institution, she found out that her male colleagues were “making more money for doing less work.” When she spoke with administrators, they told her that the men “had families to support and she didn’t.”

Later, at a different institution, she had a complicated triplet pregnancy with her children requiring medical care in the ICU. “I was the primary breadwinner,” she said in an interview, “but my children needed a mom and a doctor.” She found herself overwhelmed by her family responsibilities as she was applying for tenure, and under-supported by her institution.

Though she had spent her entire career in academics and had four different board certifications (when most physicians have one), when she asked for help she was told “maybe academics are just not for you.”

She found herself overwhelmed by her family responsibilities as she was applying for tenure. When she asked for help, she was told by her dean “maybe academics are just not for you.”

Reproductive choices weigh heavily on women physicians, who face opaque, inflexible and generally abysmal maternity leave policies. These policies range from 12 weeks of paid leave to only 6 weeks of federally mandated partial pay for new mothers, to no separate maternity leave for trainees. Nearly one in threephysician mothers reported experiencing discrimination because of pregnancy or breastfeeding. Many have trouble following the same recommendations they give to new mothers because of these policies.

More open forms of sexism and sexual harassment are rampant in this profession. Many were afraid to go on the record, but a few women did agree to speak about harassment they had experienced.

Dr Meredithe McNamara, a pediatrician at the University of Chicago, told me that in medical school, a surgical fellow told her to “get on your knees and suck my dick” during a surgical case when she couldn’t answer his question. She was asked to write up the incident when the rotation ended, but did not, in part because none of the other half dozen people in the room reported it.

Dr Sarah Candler, an assistant professor at Baylor College of Medicine, told me a prominent colleague groped her during a dinner at a leadership conference. She tried to get the help of a male peer who remained oblivious. He continued to touch her bottom until she got away, and apologized the next day “if he did anything wrong.” “I didn’t even know who to report it to,” she told me.

Gunter had a similar experience at a different national leadership meeting.” A few years ago, a very prominent person in academics, at a medical conference, I could not get his hands off of me,” she said. “Literally, I’m peeling his hands off of me. I asked two male colleagues for help, and they said, ‘What should we do? We can’t control him.’”

Sexism can be overcome, but it must happen at an institutional level.

All of these issues of discrimination, from sexual harassment to paltry maternity leave policies to salary discrepancies are an institutional choice. Leaders who make a concerted effort to combat gender discrimination can advance women, and in the process, retain the widest pool of talent in their organization

Discrimination, from sexual harassment to paltry and penalising maternity leave policies to salary discrepancies are institutional decisions which institutions are responsible for changing.

Like other professions, we need to address sexual harassment head on and not place the burden on victims to speak out. We need policies to promote and pay women and minorities so that we can continue to benefit from their talent and professional dedication.

Think of the patients that we could treat, the diseases we could cure, the innovations in our dysfunctional healthcare system women could innovate if institutions stopped thwarting our talents.

Elisabeth Poorman is a primary care doctor in Everett, Massachusetts and a clinical instructor at Harvard Medical School.She is on twitter at @drpoorman