San Marcos High School student Brayan Reyes never thought of teaching as a career. Why would he?

Until he was in Efron Solano’s class last semester, the 16-year-old had never even seen a male Latino teacher.

“He’s the one who motivated me,” Brayan said. ​

He’s not alone. National statistics show 87 percent of classroom teachers are Anglo women, and 7 percent are Latino. Of that 7 percent, only 2 percent are male.

Brayan has a different perspective on teaching today. In June, he was one of 11 students from six high schools who participated in the inaugural Encuentros Teacher Academy held at CSU San Marcos as a way of inspiring more Latino boys to go into teaching. 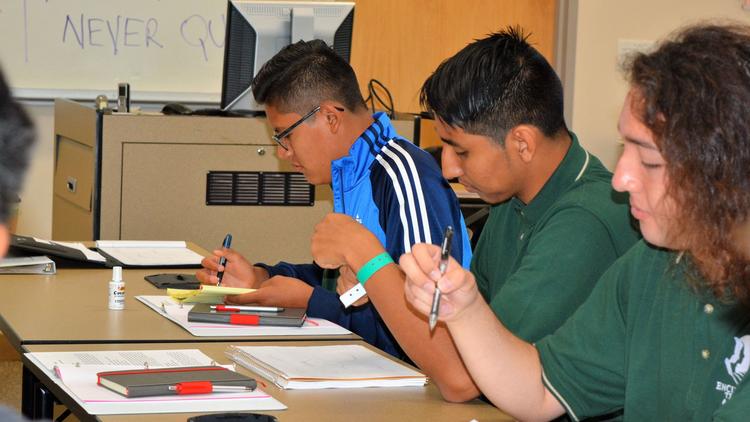 The students, who were from Fallbrook, Orange Glen, Sage Creek, San Marcos and Vista high schools, spent four days and nights at the university. While there, they met several male Latino educators, including some superintendents, who told them about their profession.

“Going into the Teacher Academy, it opened my eyes to see there’s a lot of Latino students who need help and who don’t have a role model to look up to,” Brayan said. “They don’t see a connection with a teacher because they don’t look the same and they don’t feel as accepted because of their race.”

Brayan said he now is seriously thinking of becoming a teacher.

The program was created by Pat Stall, director of the School of Education at CSU San Marcos, and Roberto Rivas, director and CEO of Encuentros Leadership, which was launched 15 years ago to help Latino students succeed in school.

“I was aware of research conducted in California that showed that Latino males who enter the UC system as freshmen had the highest dropout rate of any students in the system,” Rivas said. “… For us, that was unacceptable.”

Rivas said the boys were not lacking in academic skills, but were unprepared for college life in other ways. The Leadership Academy helped them deal with life away from home and prepare them for a different culture and social environment. Of the 620 boys who have gone through the program, Rivas said 97 percent have gone on to college and 93 percent have earned a degree.

During the academy, Rivas routinely asks boys what they want to do in life as a career. He began to notice that no one ever said they wanted to be a teacher.

“I finally asked, ‘Why don’t you want to be a teacher?’” he said. “One young man in the back of the room raised his hand and said, ‘Why would I want to go back to a place that doesn’t want me?’ That was a pretty powerful statement.”

Stall, who is new in her position as director of the School of Education at CSUSM, also had recognized a need for more male Latino teachers and approached Rivas with the idea of creating a new program to address the gap.

“All teachers are going to teach all kids, but there’s some solid research out there about serving under-represented populations,” she said. “We know a big problem is that there are not enough people who teach them who look like them, who are very familiar with their culture. As much as we all try to be culturally sensitive to our kids, it’s very clear that you need people who are familiar with the culture and understand their parents.”

Brayan is an example of how Latino boys relate better to Latino men as teachers.

“When I walked into my teacher’s classroom, I feel welcomed and accepted,” he said about Solano’s class. “A lot of students don’t feel that because they don’t have a male Latino teacher.”

Rivas and Stall said they hope to create more such role models for boys like Brayan through the Teacher Academy. The two recruited a number of male Latino educators, including Chula Vista Elementary School District Superintendent Francisco Escobedo and San Ysidro School District Superintendent Julio Fonseca, to speak to students in the June program. 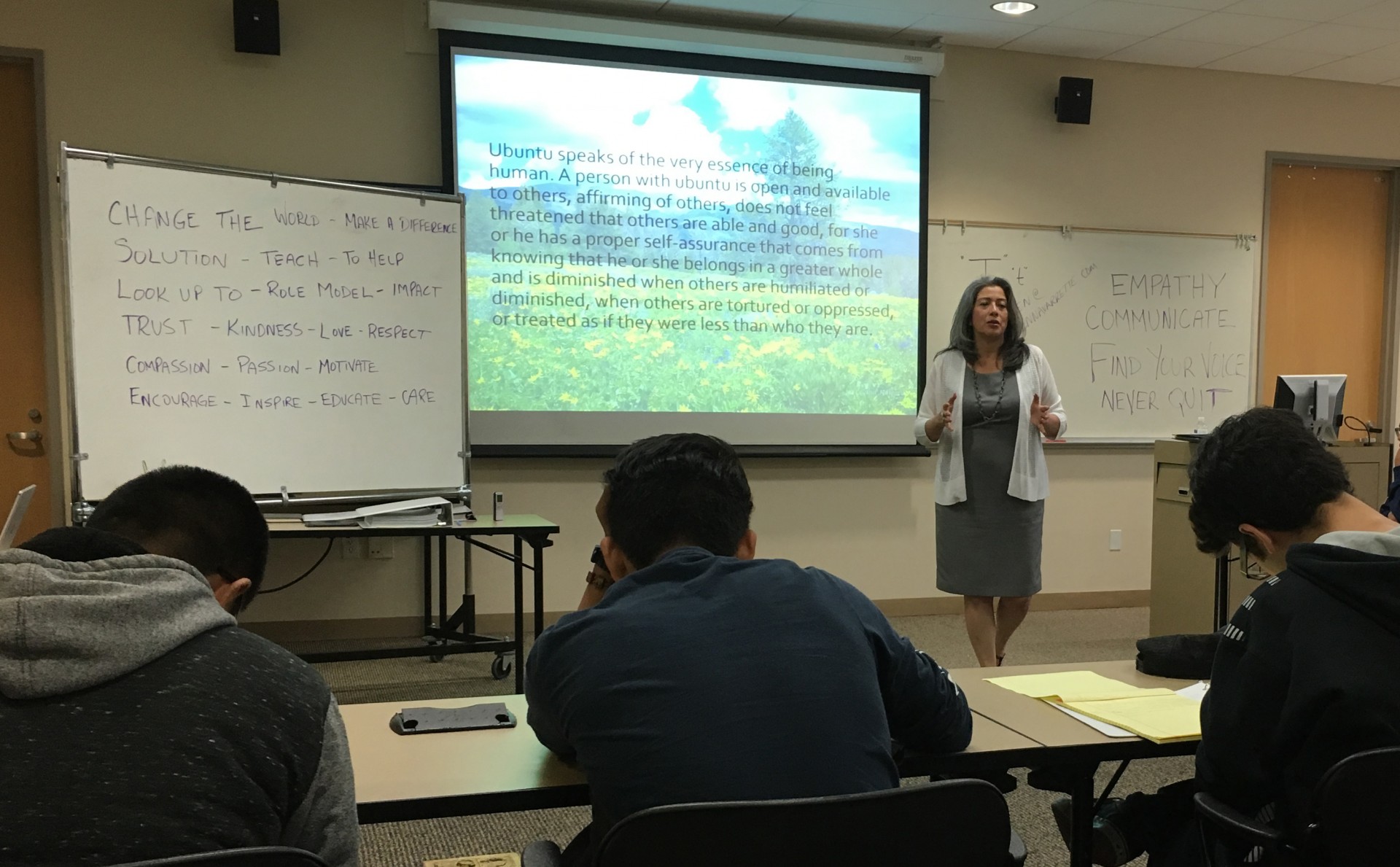 “I think the impact is huge,” said Solis, who became a teacher as a second career. “If I were them and had this opportunity, I wouldn’t have wasted my time going to different jobs. I would have had a clearer path.”

Solis said part of the academy involved meeting with students’ fathers to talk to them about stigmas and misconceptions about the profession, including that it’s mostly a job for women or that it’s poorly paid.

Looking back over his own education, Solis said he’s only recently realized that he had only one male Latino teacher in school, and he still is in touch with him.

“I developed a very strong bond,” he said. “He was able to speak to my parents in Spanish. He had a background similar to my family’s. I didn’t even think of that before but, wow, that really did have an effect on me.”

While the first Encuentros Teacher Academy had only 11 students, Stall said more than 20 already have signed up for next summer’s sessions, and she expects up to 30 may participate because this year’s participants said they would recruit other students to attend.